Attendees at this year’s Old Time Music, Ozark Heritage Festival will be treated to a great schedule of musical workshops during the two-day event.  Artists who know the value of passing along the knowledge and joy of traditional music will share their talents with all who want to participate.  The schedule includes:

Like many trails in the Ozarks, the one that has led the Juhl Family and Friends to the 2014 Old-Time Music, Ozark Heritage Festival is somewhat circuitous.  Their full story is featured on our Performers page.

In 1980 Marv Juhl of Du Quoin, Illinois, crafted lyrics to a tune that his son Bob, had composed on the guitar.  Marv, Bob, and Joe Juhl (another of Marv’s sons) and several other Du Quoin-area musicians recorded the song, originally entitled “Memories of the Ozarks,” as the Beaucoup Bottom Boys, named for Beaucoup Creek in Perry County, Illinois.  They included it on their 1981 album, Comin’ Out.

The three Juhls, along with friends such as Pastor Bob Brown, chaplain at the Menard Correctional Center in Chester, Illinois, for several years, formed the Beaucoup Bottom Boys.  The Beaucoup Bottom Boys remained a band until the mid-1980s.   Joe took up the banjo again in early 2013, however, and they have been making music frequently over the past year and a half. 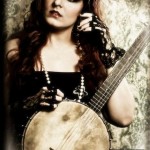 Emily Dowden Estes is a musician-singer-songwriter of bluegrass, folk and Americana music from Springfield, MO, where she resides with her husband, Kyle Estes.   She developed her musical skills in the scenic, country setting of the Ozarks, where she was raised.

Aside from being a performer, Emily also is a music instructor at Palen Music Center in Springfield. She strives to keep the art and customs of traditional Ozarks music alive and well, by passing it down to younger generations, just as it was passed down to her by the late great Karen Kraft and other traditional folk artists from southern Missouri and northern Arkansas.

She has formed a new group, the “Emily Dowden Band” and will release her first solo project this summer. Emily collaborated with several regional musicians and one friend from Nashville, and is excited to finally be releasing her long awaited album, which ranges from folk, to bluegrass, to old country, one gospel number, and two originals. She is also very excited to entertain for this very special 20th anniversary festival. She was around for the very first one, as a kid, so the festival is special to her, as a native Ozarks’ musician and loyal festival participant. 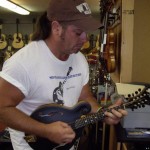 Inspired and taught by the late, great John Wynn, Master Mandolin & Banjo Builder, and now a master instrument builder and musician in his own right, Berry Wynn will present our workshop on Mandolin. 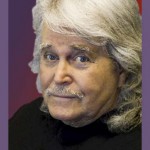 One of the pioneers of folk music, The New Christy Minstrels have mixed the old with the new and are now better than ever, with seven members sharing their diverse and unique talents.  “We’re still alive, we’re still creative and eager to please, so we make a deal with the audience – We’ll do all the old songs you came to hear if you’ll allow just a couple of newer ones,” Sparks said.

The group won a Grammy for its 1962 debut album, “Presenting the New Christy Minstrels,” and they’ve been winning awards ever since for such songs as “Today,” “Green, Green,” “Saturday Night,” “Denver” and “Mighty Mississippi.”  Their newest album “Nice Time to Be Alive” was released in July 2013, as was their greatest hits CD, “Recycled.”

Sparks will share his songwriting tips, and encourage you to attend the group’s 8 p.m. Friday show where they will premiere a song inspired by Randy’s visit to West Plains.

One of America’s best known buck dancers, Thomas Maupin is a true legend and master of his craft.  The recipient of the Tennessee State Governor’s Folklife Heritage Award, Old-Time Herald Heritage Award and the Uncle Dave Macon Days Trailblazer Award, Thomas has won over 60 first-place titles, including the national buck dancing championship, which he has won six times, and state championships in Indiana, Kentucky, Tennessee, Georgia and Alabama, to name a few.

Now over 70, Thomas hasn’t lost a step and is still a sought-after performer at festivals and events around the country.  Through his performances, audiences are re-introduced to old-time mountain music buck dancing, an Appalachian folk dance with roots reaching back to English and Welsh step dancing.  Described as a shuffling, countrified tap dance, buck dancing shows how an art form interweaves with family, fellowship and tradition.

This year he will be joined by award-winning dancer Hillary Bevels.  Age 21, Hillary Bevels is the 2013 National Old-Time Buck dancing Champion.  She started dancing at age eight when she joined a local clogging team.  Hillary took up the fiddle a few years later and developed a passion for Old-Time music.  Naturally, she learned the Old-Time dance style too.  By the grace of God, Hillary met buck dancers Thomas Maupin and Jay Bland who played a huge role in nurturing her talent.  Hillary Bevels has gone on to teach students of her own, one of whom won the Tennessee State Championship.

Maupin and Bevels will be dancing to the music of Overall Creek Band, with Daniel Rothwell (banjo and vocals), Danny Rothwell (guitar), Chris Gray (fiddle), and Sharlene Hazelwood on the bass. 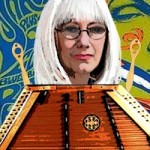 Victoria Johnson has been playing music most of her life but one beautiful day in summer she heard her first hammer dulcimer and it was love at first listen. She also plays the guitar and fiddle in addition to the Hammered Dulcimer. Over the course of time she has had the privilege of playing with a number of great musicians at festivals, workshops and concerts. She was the 2002 Southern Regional Hammered Dulcimer Champion, 2002 Southern Regional Ensemble – Second place and the 2004 Oklahoma State Champion. In 2003 she traveled to the Isaseki Bon Festival in Isaseki Japan representing Springfield along with the Hammer & Strings Dulcimer group. Victoria also holds an MFA in Drawing from Southern Illinois University.  Victoria is appearing at the Old Time Music, Ozark Heritage Festival with her band Stringfield. 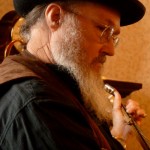 Old-time music has been a family tradition for generations for Colbert Brothers Van, Vernon and John, all of whom hail from Willow Springs, Mo.  “Mom and Dad instilled in us the love of their music, and to this day we play, sing and remember,” said Van, who is known for his unique “two-finger” roll style on banjo.

All of the children sang a cappella in a deep, nasal hill-country style that needed no accompaniment, and memories of their voices together or solo during family reunions can still raise the hair on the back of Van’s neck.

The Colbert’s father, Joseph Truett learned to play the banjo from Homer Treat, a performer featured on volume one of the “Echoes of the Ozarks” album.  Mother Vernieca May (Easley) Colbert also was a beautiful singer and lady, Van said, and before she passed away last year, they could always encourage her to sing “Beautiful Brown Eyes,” “Red River Valley,” “Maple on the Hill” and “Wildwood Flower” to their accompaniment. 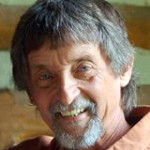 Music and photography have been passions of Dennis since early childhood and his interest in the two has never waned. In fact, he is busier now than ever with both endeavors at the ripe old age of 70.

He remembers loving the sound of Les Paul and Mary Ford even before he started kindergarten in his home town of Wichita, Kansas. A few years later he gained appreciation of the finger style techniques of Merle Travis and Chet Atkins and around age 12 he began thumping on a banjo ukulele and a hard-to-play Stella acoustic guitar.

His older brother, Lester, learned the Merle and Chet method about this time so Dennis had to try the same thing. There were no instructional videos in the 1950s so Lester and Dennis had to essentially teach themselves.

Off to college in 1961 Dennis soon found himself loving the folk sounds of The Kingston Trio, Peter Paul and Mary and Randy Sparks’ New Christy Minstrels. He was instrumental in forming a group which was called The Windy Hill Minstrels after seeing Sparks’ group perform in Oklahoma City.

Although he loves almost all forms of music, Dennis flunked a music appreciation class in college. But that did not deter him from expanding his love of guitar music.

Upon arriving in West Plains in 1969 to begin a 39-year career at the Daily Quill Newspaper, Dennis met Rick Cochran who is a whiz at the finger style and they have enjoyed many hours picking together, and still do. A few years later, Rick’s older brother, Russ, moved back to West Plains. He also is a great guitar player, so that merger resulted in a trio which played together many years.

After retiring from The Quill in 2008, Dennis was fortunate enough to join long-time music partner Marideth Sisco in the Oscar-nominated movie “Winter’s Bone.” Both appeared in the film during a musical birthday party scene, Dennis playing guitar and Marideth singing. The movie exposure resulted in forming the Blackberry Winter Band which was heard in the movie as well as on the film’s soundtrack.

In 2011, the film’s producers sent the band on a nationwide tour which included performances in British Columbia, San Francisco, Hollywood, New York City, Boston and several other cities. Today the band continues to perform with Dennis mainly playing rhythm with a few finger picking breaks.

The “Discover Nature’’ fishing workshops offered for families and kids by the Missouri Department of Conservation will include casting tips 11 a.m. to noon Friday and noon to 1 p.m. Saturday. The knot-tying workshops will be 2 to 3 p.m. Friday and Saturday.

They will be presented by Fisheries Resource Assistant Liz Siepker, at the MDC Booth, and MDC employees will be available throughout the two days.