The Old-Time Music, Ozark Heritage Festival features both demonstrations and sales by a wide variety of material artists and craftspeople throughout the two-day event.

Material art and craft genres that have often been exhibited during the festival include blacksmithing, basketry, flint knapping, gunsmithing, making of hunting calls and other supplies for outdoor pursuits, making of musical instruments, the use of herbs and other natural resources for food and medicinal purposes, spinning and weaving, and quilting, among others.

Many of these material arts and crafts originated for entirely utilitarian reasons and were essential for meeting the basic needs of Ozarks residents in past generations.  As a result of changes in the region’s economy, especially the increased availability of manufactured goods since the mid-twentieth century, such arts and crafts are no longer practical necessities, but many talented artisans and craftspeople in the Ozarks continue to practice them both as outlets for their creativity and as means of celebrating the region’s rich cultural heritage.

In many cases, these crafts and art forms have incorporated more aesthetic elements as they have evolved over time, and artistry now takes precedence over functionality in the work of many of their practitioners, though this is certainly not always the case.

Some of the artisans and craftspeople who participate in the Old-Time Music, Ozark Heritage Festival practice their arts and crafts as living traditions, and their work reflects ongoing developments within those traditions, including, in some cases, their own innovations.  Other participants in the festival are historical re-enactors who strive to practice their arts and crafts as they were practiced generations ago.

Some of the artisans and craftspeople have products available for purchase; all of them encourage festival-goers to observe their work and ask them questions about it.  Organizations devoted to material crafts and art forms that often participate in the festival include the Southern Belle Grandmothers, the Hutton Valley Quilters, the Ozarks Fiber Arts Guild, and the Ozark Mountain Long Rifles. 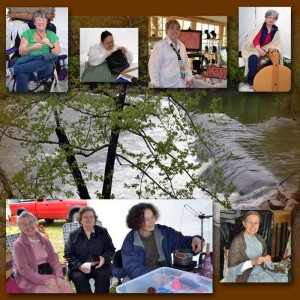 Based in Ava, Mo., this group of friends shares information, educates others and themselves, and tries to grow in knowledge of country heritage handcrafts including hand spinning, wheel spinning, loom weaving, natural dyeing, and basket weaving.  The group meets every third Monday of the month at the Mansfield Community Center, 205 N. Missouri Ave., in Mansfield.  Meetings begin at 10 a.m. with a short business meeting followed by a “show and tell” segment.  After a lunch break at noon, the group reconvenes for the monthly program, which usually lasts until 2:30 or 3:30 p.m. 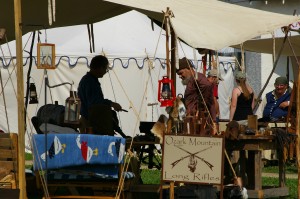 This club, with members from throughout the region, will be encamped on the Civic Center green. They will demonstrate making reed chair seats, cooking, pouring lead bullets, beadwork, finger weaving, blacksmithing, knife and tomahawk, fire building with flint and steel, black powder musketry and other skills from the early 1800’s. 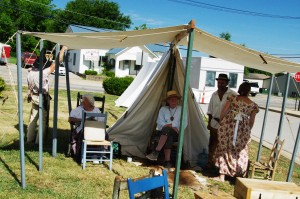 All activities in this area are period related and include shelter, clothing, food preparation and sleeping quarters.  Blacksmiths will demonstrate their art, and participants are always happy to host discussion and instruction on dozens of ancestral and traditional primitive skills.  Stop and see the many established lodges with their assorted supplies and necessaries, and speak with the residents of this decidedly different neighborhood!

The Ozark Mountain Long Rifles is a club whose purpose is to promote the sport of black powder shooting and preserve the lifestyle, arts and skills of people living in pre-1840 America, primarily the fur trade segment of the American Frontier.

In keeping with its purpose, the club works to expand the sport of muzzle loading shooting by providing organized shoots and camps.  They promote the safety of the general public and club members, and encourage the shooting of muzzleloaders.

The club has a monthly Saturday shoot in January and March through September, with a three-day rendezvous the second weekend in February, the first weekend in May and the fourth weekend of October.  For more information, contact John Bill Murrell at 417-256-3238 or by email at johnwmurrell@centurytel.net.

Butch Stone of Douglas County, Mo., will demonstrate the art of knapping and bow making during the festival.  Born on the banks of Bryant Creek, Stone has always enjoyed the traditional outdoor pastimes of hunting, fishing and trapping.  When he was a boy, he was taught by his late father, George Stone, how to look for artifacts as they spent time up and down the rivers of the Ozarks.

The Stones always respected the crafts that our earliest American ancestors employed, so it was not surprising that Butch developed the hobby of flint knapping.  Using flint or obsidian, he creates arrowheads and points using methods that date back hundreds of years.

As expected, once he had the makings of arrows, the next step was the creation of a bow.  Butch used bois d’arc wood to create the bow, and, following up on his father’s challenge, he used the bow and arrows he created to kill a deer.

Butch has demonstrated at many area festivals, including the Old-Time Music, Ozark Heritage Festival in West Plains; Hootin’ an Hollarin’ in Gainesville; and the Pioneer Descendants’ Gathering held each fall at the home of Dale and Betty Thomas near Ava.

He especially enjoys sharing his love of the old ways with youngsters who are fascinated with the skill it takes to make bows and arrows by hand. 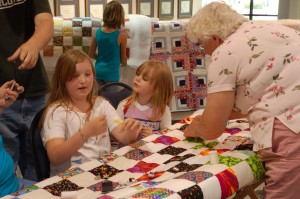 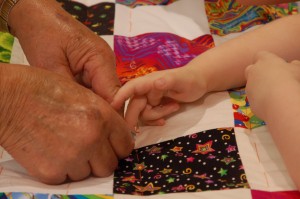 Heart of the Ozarks Farmers Market

Members of this market gather twice a week, from 11 a.m. to 4 p.m. Wednesdays and 8 a.m. to 1 p.m. Saturdays, at 1755 S. U.S. Highway 63 next to Lost Treasures Antiques and Collectibles to sell their wares and goods.  Members include:

Pamela Dattilo of West Plains will demonstrate how to make jewelry by hand and have examples of her work for sale. 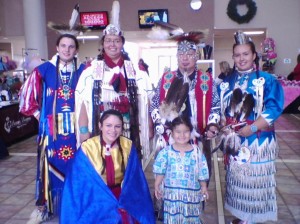 The Falcon Family of Springfield will offer festival goers a cultural exchange through song and dance.  Their presentations represent several tribes, including Navajo, Ottawa, Ojibwe, Apache and Lakota Sioux.

Formed in 1998, the club organizes antique and classic tractor shows and pulls.  The first shows were held at the Heart of the Ozarks Fairgrounds in West Plains, and later they were moved to the Chamber of Commerce grounds in Cabool.  In 2001, the club purchased 38 acres adjacent to the Cabool Chamber of Commerce grounds and began construction of permanent buildings and facilities.

This organization held its first meeting in 1997 and welcomes breeders of all types of goats: meat, fiber, pack and pet goats, in addition to dairy goats.  The club’s main mission is to share goat-related information, including problems and experiences, educational information, presentations concerning breeding and raising goats, demonstrations, with each other and the public.

The club meets on the second Saturday of each month at 1 p.m. at the Howell-Oregon Electric Cooperative building on U.S. 63 just north of West Plains. 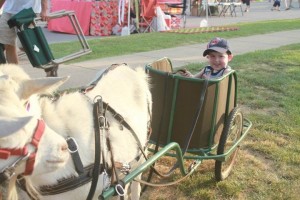 The Pioneer Saddle Club of West Plains will offer a skills demonstration of Missouri Fox Trotter horses at 7 p.m. each day at the corner of East Main and Curry Streets where the annual mule jumping competition is held.  The group also will sponsor a photo exhibit depicting the history of this Missouri-bred equine at the Gallery on the Mezzanine inside the civic center throughout the festival.

Club members Ken Kutter and Gale Thompson said the Missouri Fox Trotter was born out of the need by Ozarks pioneers for a sure-footed, easy-traveling horse.  These settlers brought their best saddle stock, primarily Arabians, Morgans and plantation horses, with them from the hills and mountains of Kentucky, Tennessee and Virginia when they migrated to the area and later bred them with American Saddlebred, Tennessee Walkers and Standard Breeding stock to create the Missouri Fox Trotter we see today.

A staple of transportation in the region for decades, the use of the Missouri Fox Trotter, especially by such residents as country doctors, sheriffs, assessors and stock raisers, began to decline quickly after World War II.  In an effort to preserve the breed, a group of interested horse breeders established an organization in 1948 to maintain an accurate stud book.  Because of interest and demand, the organization, which featured a number of Howell County families, reincorporated 10 years later as a stock company, and in 1955, they joined with others to charter the Pioneer Saddle Club, which hosted the 1960 Show and Celebration at the Howell County Fairgrounds in West Plains, they said.

Marian Belot of Caulfield will demonstrate how old barn wood can be painted and turned into attractive artwork for the home.

Larry Noller will have his restored roadster on site for viewing and will answer questions about its restoration.

The Southern Belle Grandmothers Club of West Plains will host its ninth annual quilt show in conjunction with the festival, and organizers encourage area residents and quilt enthusiasts to bring their favorite quilts to display.  The show will take place in the Magnolia Room of the West Plains Civic Center, 110 St. Louis St., one of the venues for the two-day festival.

The quilt show was first held in 2005 in the historic Butler Building on Washington Avenue and joined the festival in 2006 as an annual featured exhibit.  It showcases all types of quilts, individually made, group quilted, hand-pieced, hand-quilted, machine-pieced or quilted, or any combination.  Those visiting the show are given stickers to vote for their selection for the People’s Choice Award announced at the end of the exhibit.

Those wishing to display a quilt should drop it off during set-up the evening of June 13 or early morning June 14.  All participants are asked to pin a note to their quilts that tells the story of its maker, use or other history of the piece.  Every quilt has a story, and sharing that is part of the festival mission, organizers said.

Southern Belle Grandmothers Club Chapter No. 1011 is a member of the National Federation of Grandmothers Clubs of America, a non-profit organization that supports charitable projects relating to cures for children’s cancer.  The local chapter supports Ronald McDonald Houses of Missouri and St. Jude Children’s Research Hospital in Memphis, Tenn., as well as addresses local needs of children’s groups.

Club members meet at 1 p.m. the fourth Thursday of the month for a dutch treat luncheon meeting at Ryan’s in West Plains.  Guests are always welcome.

As part of their fundraising efforts, club members offer a handmade quilt each year.  This year’s “Dresden Medallion” quilt was pieced by Jean Asberry and machine quilted by Sheila Neisingh.  It will be exhibited at the festival and will be given away in October.  Registration information for the giveaway will be available at the festival, organizers said.

Help setting up the exhibit is always appreciated.  Those wishing to lend a hand should contact Cheryl Kuschel at 417-257-1067. 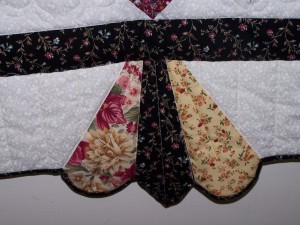 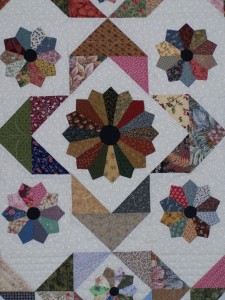 David Ferguson, owner of David Ferguson Heritage Turkey Calls in Eminence, will demonstrate how to create an old cedar “fence post” call, made popular in this region at the turn of the 20th century.  Created out of old red cedar fence posts, the calls were long and narrow.

Several members of the West Plains Farmers Market will be on hand to sell their wares.  They include:

Pam Wright – items made of beeswax